This is an English Translation of the original article published by Forestry and Sawmill Operations on October 6, 2016

VIP Treatment for Each Piece of Wood

The Groupe Crête invested massively in their Chertsey mill to create a mill of excellence in Québec.

The Groupe Crête story began in 1949 in Saint-Séverin-de-Prouxville, in Mauricie, with the construction of a mill on the family property by founder, Gérard Crête. Over the course of several years, the business expanded, operating around a dozen factories in Québec and the United States. However in 2006, during the forestry crisis, all of Gérard Crête’s factories were acquired by the multinational corporation, Kruger, which had already been a majority partner in the business since the 1990s.
However, forestry runs in the veins of the Crête family. For Martin Crête, the son of Gérard Crête, and Sébastien, the younger son, there was no question of permanently retiring from the industry. “We always wanted to come back to the business,” confirmed Sébastien Crête, 45 years old, President of Groupe Crête, who has recently taken the reins from his father Martin.

“We seized the opportunity, because the factory had survived the forestry crisis and had updated their operations,” explained Sébastien Crête. Two years later, Groupe Crête purchased a second factory in Saint-Faustin-Lac-Carré, in the Laurentides, solidifying their return to the sawmill business.

Since then, the Groupe Crête, with new partner Alain Gagnon, upgraded the Chertsey factory, which produces lumber from fir and spruce woods with external coatings. Investing over $4.5M, have surpassed their production of 30 million PPM in 2009 to 50 million in 2015, maintaining jobs for more than 70 employees. Nearly all the stages of production have been reviewed and improved.

The most recent major investment was the addition of a complete planing optimization system, costing a total of $850,000. “That technology augmented our productivity by 20% in the planermill and eliminated our bottleneck problems,” explained Marc Beaupré, forman of the Chertsey mill.

The linear optimizer, from VAB Solutions, a business in Lévis which specializes in vision equipment for the forestry industry, reads the boards at each 1/4 inch, detecting the smallest flaws, thereby removing the need for manual board classification. “This minimizes the risk of production stoppage and decreases employment costs, including compensation for manual classification as well as workers’ compensation costs related to repetitive motion injuries,” explained Jessy Ross, Sales Coordinator, VAB Solutions.

In addition to increasing production output, VAB technology also maximizes the value of each piece of lumber. “The optimizer increases the percentage of premium wood you can get out of the same amount of lumber. We can also guarantee grading uniformity of 99.5% at the time of inspections,” added Jessy Ross. Thus, the mill will see a return on their investment within four to nine months. “It’s not the same expense,” added Marc Beaupré, mill forman, enchanted by his new machine.

The Groupe Crête had also invested $350,000 to have Comact reconditione their trimming optimizer in 2015. “We were able to save the optimizer machinery, but they overhauled the electronics in it,” explained Stéphane Desjardins, Vice President, Optimization, Comact. Reconditioning allowed VAB to avoid installing new equipment, in addition to speeding up the start up. Reconditioning can happen within a weekend, permitting a rapid production restart.

The system, manufactured in Mirabel, geometrically measures the boards to automatically calculate how to trim the most profitable piece of lumber from each board. It analyzes the amount of decay more precisely than a manual operator could. “The heads emit a ray of lasers, detecting the exact shape and size of each piece scanned. The arrangement of the heads at 90 degree angles against the boards permits a precise reading of decay and other flaws like the presence of wane, knots and holes,” explained Stéphane Desjardins. The designer estimated the return on investment would be realized in only a few months.

The year 2015 was a year for several other investments as well: a Lug Loader from Marinus End-Match ($300,000); high range mégadôme from the Harnois Industries ($200,000 dollars); Liebherr 924 Log Loader ($430,000 dollars); Volvo L-110G loader ($225,000 dollars); humidity reader distinguishing spruce from fir from SCS Forest Products ($75,000 dollars), not including the asphalt work on the factory fields. These kinds of investments have allowed the sawmill to rank among those with the highest material yield in Québec, thus all of the forestry industry ministries, from the wildlife to parks, each have a great deal of respect for Sébastien Crête.

“With VAB’s lumber grading optimizer, we virtually eliminated operator error and markedly improved accuracy of grade, leading to a dramatic increase in our upper grade percentage. Throughput has also increased by 10-15% depending on product. Based on what we have seen thus far, it looks like we will recoup our investment much sooner than planned.“

“I want to thank VAB Solutions team for their proactive and efficient approach regarding the installation and start-up of our Planer Mill Lineal Grader Optimizer. The start of the optimizer and the option Full Grader was done in a few days only.  Our ROI has been very rapid for our mill. I would definitely recommend VAB Solutions team and Optimizer in the future.“ 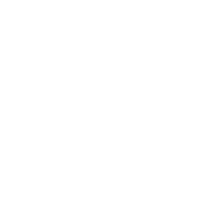 Schedule a Consultation for Your Free ROI Analysis - vab ID5

2- Due to the simplicity of the system, very compact dimension and its minimal components

In summary, after analysis it was the system that offered Groupe Crête the best price and best recovery/ overall best ROI. One year after installing our VAB optimizer, we acquired the tracheid module and subsequently the Air Board Tracker module. This demonstrates our level of satisfaction.“

Ready to See How to Maximize Your Profits with our Planermill Lumber Grading Optimizer?